Some background. We’ve been working on this app now for about 8 months, and it all started because I realized that at any point in time, for any reason, or for no reason at all, Amazon could kick me to the curb.

I’ve been selling on Amazon for about 3 years now, and currently sell on Amazon as an FBA retailer with roughly 1,100 active SKUs. On an average month this equates to $20,000 in sales, which for me is pretty substantial, and for Amazon is meaningless.

So in a fit of self preservation I decided to branch out and ensure my survival by creating my own branded Shopify store.

I’ve been creating web stores since the early days of the web, 1999 is when I first got the bug. The experience has been invaluable, even if the businesses may have not been the most profitable.

In the spirit of full disclosure and the entertainment of my wife, the sites have sold unlocked cell phones, women’s shoes and clothing, and handmade leather goods. My latest foray has been in bedding and home linens.

I decided to go with Shopify because it’s easy as sin. A form or two to fill out, a couple clicks, and hurray you’re up and running.

Now came the hard part. I somehow have to get 1,100 SKUs into Shopify. Variations need to be intact, descriptions included and some decent photos preferably high resolution.

No problem I thought, I’ll just sit down and knock it out. Maybe a day or so of work. So I began, and roughly 10 minutes later my first product was live on my Shopify store! 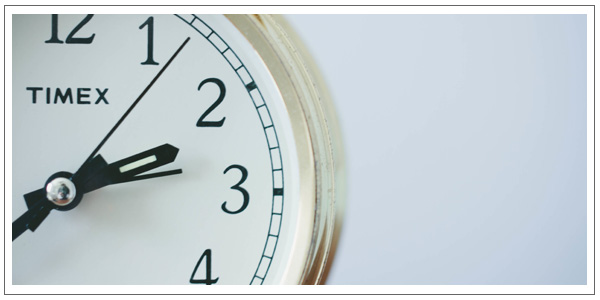 At 40 hours per week it would take me over one month to put in my SKUs, and that’s if I don’t get any more SKUs in and I don’t have to worry about accounting, marketing, purchasing, researching new products, or basically any other small business activity.

That’s just not going to happen, there has to be be an app or two out there that will fit the bill, let me look.

I tried maybe a half dozen very well designed apps out there. They worked well, and looked great. Problem is they didn’t do what I wanted. They all were very similar and involved a huge effort of uploading or entering in your existing inventory into their app and then pushing these products to their respective marketplaces. While discounting the world class logistics engine that is Amazon FBA.

From this personal pain, and what I imagined is the pain of many FBA sellers, ByteStand was born. The goal of ByteStand is simple, click once, wait a couple minutes, let the technology do the heavy lifting, and like magic your Shopify store is populated with pictures, descriptions and variations galore.

But of course the details are where the difficulties lie. How do we handle variations, variant pictures, descriptions, duplicates, used vs. new, sellable vs unsellable, which API to consume and on and on ad nauseam.

The good news is we are almost there. So close I can see it just up ahead. My eyes might be playing tricks on me, but I swear the end is just over the next hill, maybe one more turn and we’ll be done.

And instead of one month’s worth of work for our users, it will take one click and just enough time to run to the kitchen to top off your cup of coffee.

Podcast: How to Make Amazon and Shopify Work for You

If you’ve ever wondered how to make Amazon and Shopify work together, this podcast will answer all your questions. Literally all of them.

END_OF_DOCUMENT_TOKEN_TO_BE_REPLACED

The Secret to Making Money During Coronavirus – Digital Products

Shit is crazy right now, but don’t bury your head in the sand and disappear. Keep your name in front of your customers by giving them new products that they can actually get (and get instantly).

END_OF_DOCUMENT_TOKEN_TO_BE_REPLACED

Four Things To Do for Your Business During the Coronavirus Quarantine

Several areas are currently quarantined and Amazon has temporarily halted inbound shipments for non-essential products due to COVID-19. Naturally, a lot of people are freaking out. But you don’t have to be one of them.