Never Know What the Day May Bring 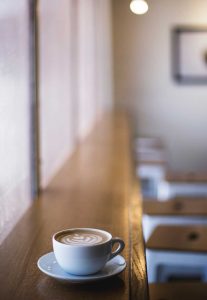 I have a love hate relationship with a lot of things, including being an entrepreneur. I even have trouble with the word, it just seems over cooked, grandiose. Entrepreneur grates on my ears a bit.

When people ask me what I do, I usually say “I sell online” or “I write software” and rarely go much further.

But running your own business does have many upsides, including what I like to call unintended consequences.

In my, and many other people’s minds, when we sit down and decide we are going to start a business, it’s a very linear, straight line sort of activity. Come up with an idea, put a plan together, get your money in a pile, start doing what you do, market, sell, etc.

But in fact, it’s anything but linear. If you were to map it, and map the path you take, I believe it would look more like a tree with a main trunk that matches your core business, but then many, many branches. In fact, sometimes even your main trunk gets split and you end up taking a whole new path from where you started.

For example, ByteStand has now created two Shopify apps, ByteStand which pulls your inventory from Amazon to Shopify, and FBA Shipping which brings in your fees and shipping rates dynamically from Amazon.

As a result of our exposure in the Shopify App store, I get almost daily emails about features users are interested in having. Custom pulls, scheduling, orders and reviews. It’s a fantastic Petri dish of ideas being fed to us for free. Users just want a tool to fix their problem, and I just want to create a tool to help fix their problem. It’s a wonderful symbiosis that the internet empowers.

Because a lot of times folks wonder where we get ideas from, or how did this or that happen, I’d love to take credit for it all, and subscribe to the notion of a bolt of creativity from the clouds above. But for the most part its much simpler and significantly less dramatic.

The idea came from me wanting to create an ecommerce store on Shopify, or it came from someone using one of our apps and wanting a touch more of this or that. I love it.

We return the favor as well, by getting to use other people’s apps and services. And providing useful, positive feedback. Like Shopify’s Partner dashboard. Shopify, if you’re listening, it needs help!

Even with all the wild emotional swings and monster difficulties that come with running your own business, I love the feeling of getting up in the morning, drinking a strong cup of coffee and not having any idea of what the day may bring.

Our FBA Shipping app now integrates with the ReCharge app, so you can offer subscription options AND automatically send all your orders to Amazon for fulfillment. Genius.

END_OF_DOCUMENT_TOKEN_TO_BE_REPLACED

Drop shipping is a complicated topic, especially when it comes to drop shipping with Amazon. There’s a lot of confusion about the difference between Amazon FBA, Amazon Associates, Shopify’s Amazon Sales Channel, etc, etc.

END_OF_DOCUMENT_TOKEN_TO_BE_REPLACED

Cut Through the Clutter: Get the Essential Info You Need for a Successful Small Business

Combing through all the random and often conflicting info spread across the vast seas of the internet makes finding the essential info you need to succeed akin to swimming against the current while being attacked by a swarm of bees. BEES!